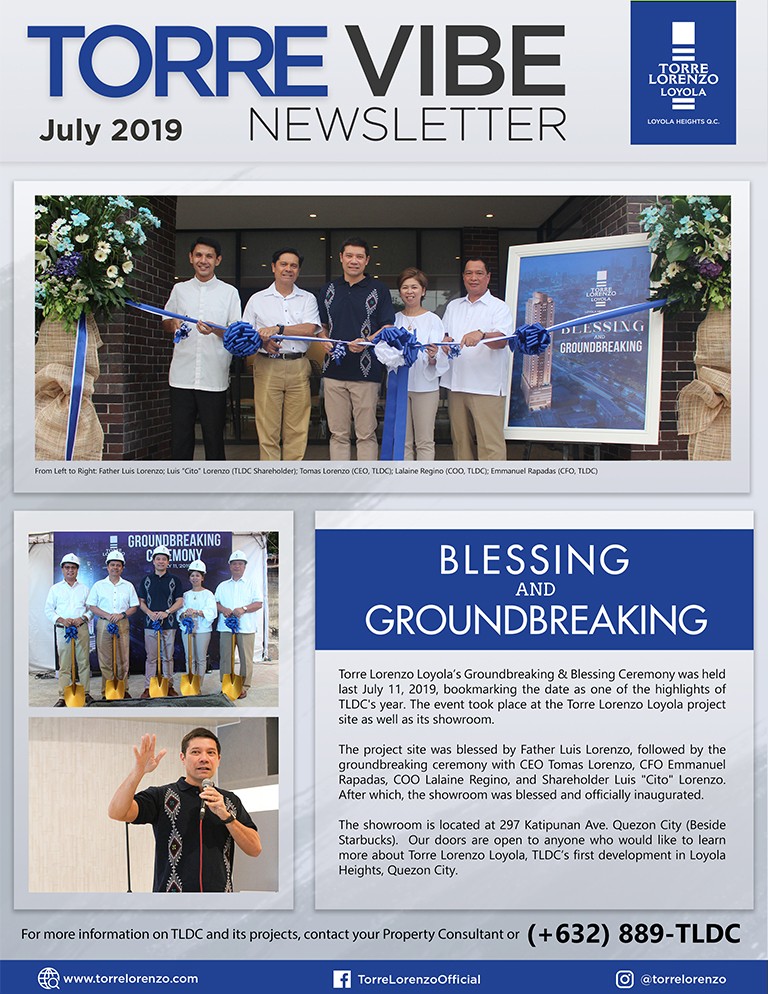 Torre Lorenzo Loyola’s Groundbreaking & Blessing Ceremony was held last July 11, 2019, bookmarking the date as one of the highlights of TLDC's year. The event took place at the Torre Lorenzo Loyola project site as well as its showroom.

The project site was blessed by Father Luis Lorenzo, followed by the groundbreaking ceremony with CEO Tomas Lorenzo, CFO Emmanuel Rapadas, COO Lalaine Regino, and Shareholder Luis "Cito" Lorenzo. After which, the showroom was blessed and officially inaugurated.

The showroom is located at 297 Katipunan Ave. Quezon City (Beside Starbucks). Our doors are open to anyone who would like to learn more about Torre Lorenzo Loyola, TLDC’s first development in Loyola Heights, Quezon City.

For more information on TLDC and its projects, contact your Property Consultant or (+632) 889-TLDC. 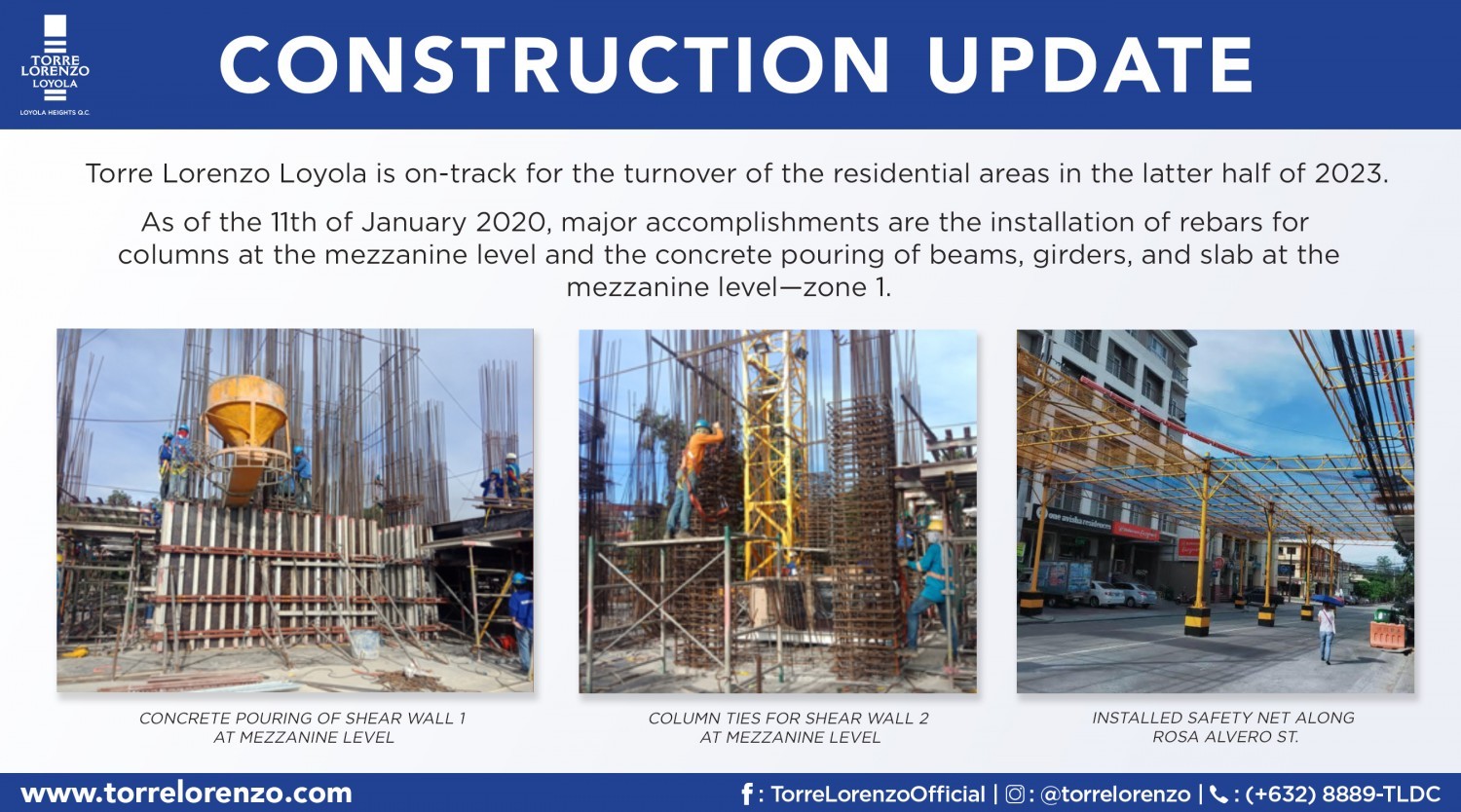